Every facade design reveals the handling of vanity and status - providing demarcation. The renowned Swiss architect Markus Meili has brought clinker brick slips to new heights of eccentricity for a facade in Zurich‘s new in-quarter. And by doing so, he has challenged the conventions of the architectural brand in terms of form, colour and tiling effect.

Old industrial quarters are increasingly being rededicated as residential areas, thus transforming them into hip areas that become new characteristic features of their cities. But it wouldn‘t be Zurich if this whole process was not carried out at the highest architectural level and with detailed Swiss precision. A subtle mixture of understated status and a choice of materials oriented towards a high degree of individuality allow for a price per square metre of 10,000 Swiss francs for the property, located directly beside the tracks of the main railway station. The apartments were all sold before construction began.

Haus B is the deceptively modest name of the building, which is located unspectacularly between Haus A, C and three high-rise buildings. From the foundations to the design of the facade, the word eccentric applies here. As the residential towers that already defined the silhouette of City West were created as polygons, the use of sharp corners as clear boundary markers were avoided with Haus B. The irregular cubage is, however, the result of the orientation of the facade to the perfect visual axis. Status also emanates from Haus B due to the unusual clinker brick slip facade.

An unobtrusively elegant clinker brick appearance, suited to the nostalgia of the location and yet exuding pioneering spirit, already makes it a flagship building in this industrial area. A 3D clinker brick slip as an architectural brand with a nose in brightly changing colour nuances was the assignment of the architects, which STRÖHER was able to implement thanks to the extrusion process and an expert mix of a variety of burning temperatures.

The eccentric impression created by the clinker brick slip facade is reinforced by a vertical and horizontal laying direction, which enhances the characteristic noses to their optimal three dimensional effect. Each resident can enjoy this clinker brick impression undisturbed every day, because there is an individual open-air space in front of every entrance door, with these also being clad with the unique clicker brick tiles on all sides.

Meili & Peter architects: “By using individual expression in cubage and facade design, the visual effect of an evolved structure emerged at Pfingstweidplatz. Biologically speaking, Haus A, B and C are siblings from the same gene pool – and yet different.”

Precision in contrast - the park next to the building was designed by the landscaping architects Antón & Ghiggi with wild and original vegetation, as a suitable counterpart to the high-end architecture at Pfingstweidplatz. This serves as a reminder of the former cultural landscape of the site, which was originally used by farmers as a market pasture. 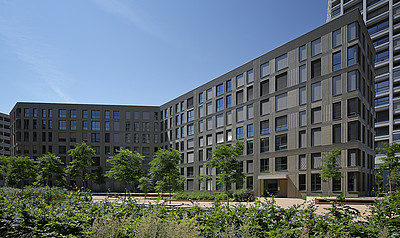 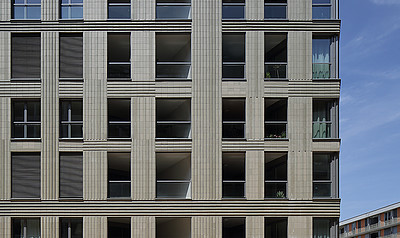 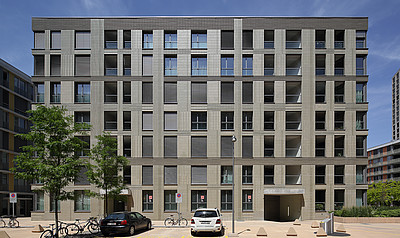 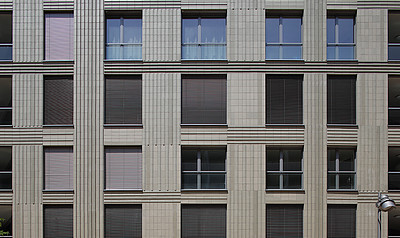 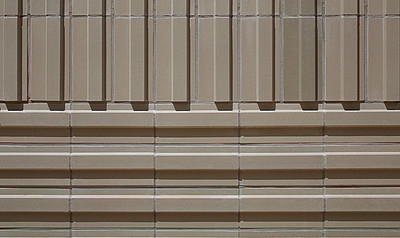 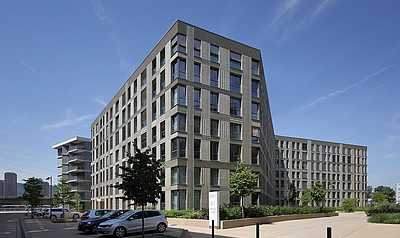 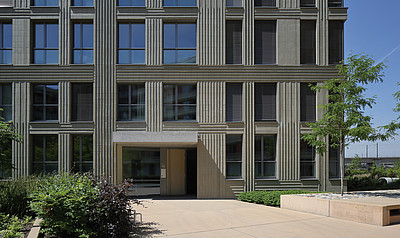